Once when Lady Bon-bon was about 6 weeks old, I was out shopping, carrying her in a baby sling. She was all folded up inside the sling, tucked in nicely and finally asleep. On the way out of the store one of the male employees approached us, practically singing, "is that a babeeee in there?" so I pulled back the cover on the sling, and he peered in at her. Quite surprised, he said, "oooh, she be chunky!".
And so, since then, we often look at her and say "oooh, she be chunky!" 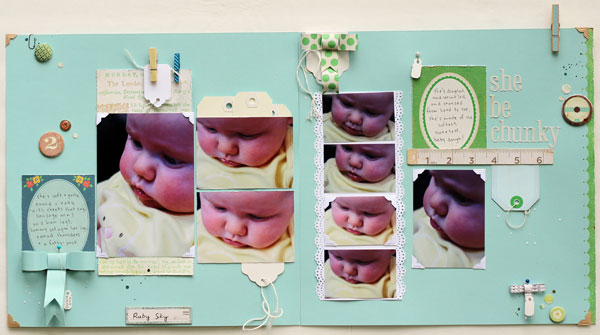 Here are both pages... I used lots of similar photos from the same photo shoot, highlighting her chubby, saggy cheeks. 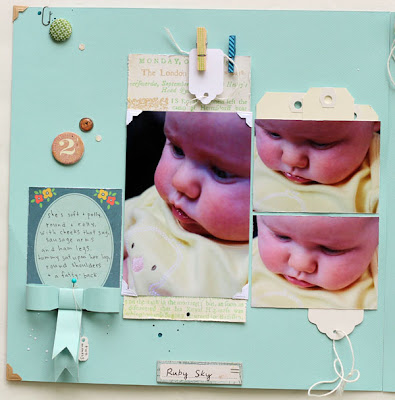 Here is the left side page.
I used all Crate Paper products on this layout.... from Story Teller and Pretty Party. The journalling card was trimmed from a sheet of patterned paper. I also used a label from a cardstock sticker sheet, and put it on chipboard to give it some depth on the page. Love Crate Paper's fancy brad assortments -- I used a fabric and epoxy brad on this page. Those little clothes pins are super cute, too! 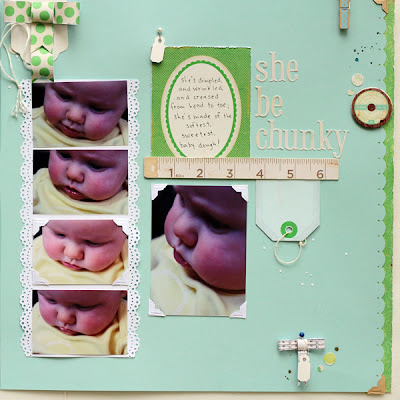 I made paper bows from a piece of patterned paper from a Crate Paper 6*6 pad. More tags and journalling cards trimmed from full size sheets of patterned paper. Another cardstock sticker, and adhesive chipboard stickers. 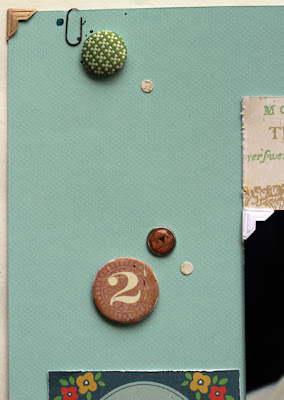 I added in a bit of spray ink and a couple of pieces of confetti I punched from Crate Paper left overs from this page. That cute number 2 chipboard sticker is from the Pretty Party chipboard sheet. Was so perfect because the photos on this page are from her 2 month photo shoot! 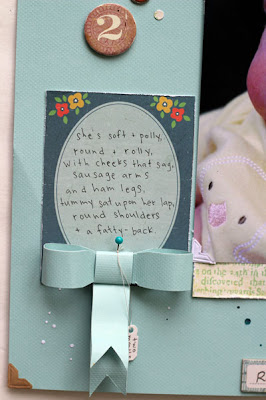 I handwrote the journalling and added in teeny-tiny confetti under the bow. I pinned a small jewellery tag with the date written on it to the bow. 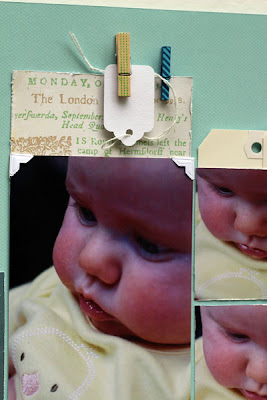 These little clothes pins were one of those impulse buys that I ended up being super thrilled with. They are actually patterned on both sides, so are great for sticking up the edge of a page or on the side of a mini book... 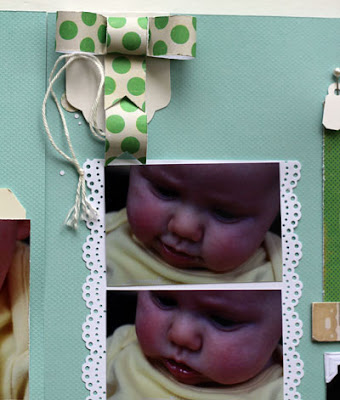 This paper bow was made from the Story Teller 6*6 pad. I love these smaller sizes of pieces of paper because I feel very free to cut into them to use in small doses on my layouts! I still have a hard time cutting into a full size 12*12 pad of paper for just a small piece, but have been using these smaller size pads like crazy! 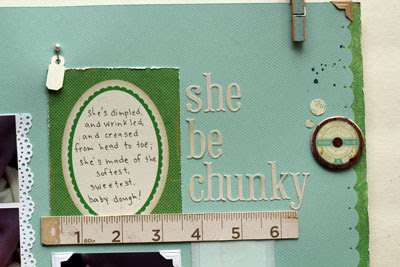 I LOVE the font of these letter stickers from the Crate Paper Pretty Party collection. The chipboard spool sticker is also from Pretty Party. I added some ink coloured splatters and few pieces of confetti to this side of the page, because it felt a bit empty over there. 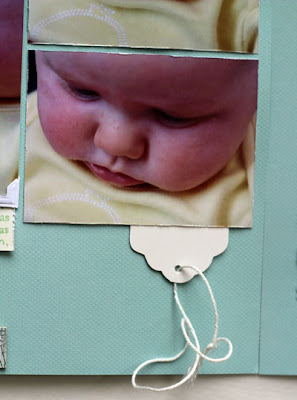 I think I've used string-tied tags on every page I've done over the past two months... 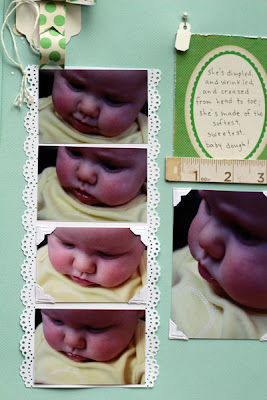 I punched the edges of the cardstock behind these little photos.. love the way it feels like a fancy/decorative negative strip! 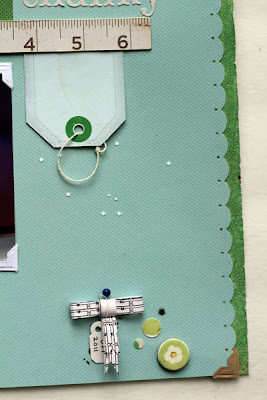