rolls and half rolls

Lady Bon-Bon with her rolly legs, and her half roll. For the longest time she could get halfway over and just didn't flip past being on her side. Unfortunately I don't have great photos of this, but I like these pictures of her on her way up. 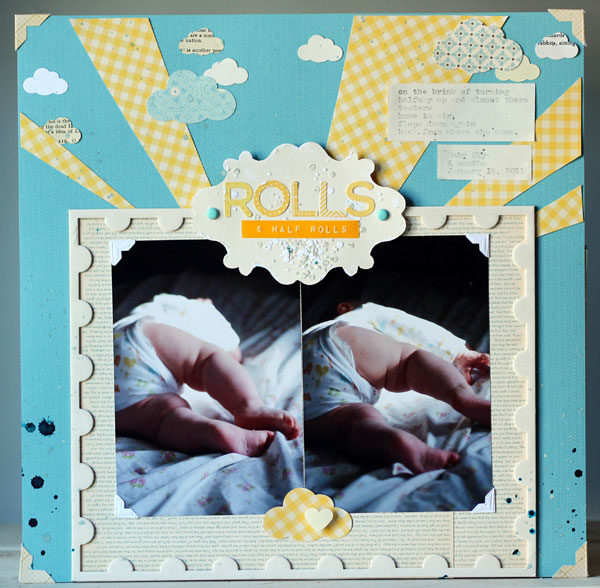 This layout was inspired by Marcy's sketch for the October Afternoon blog. My layout started out a lot more like the sketch, but ended up not much like it at all! That is one thing I love about sketches and challenges -- they are just a starting point. A little push to get started. I ended up keeping the idea of the framed photo, and the title/subtitle, but that's about it. 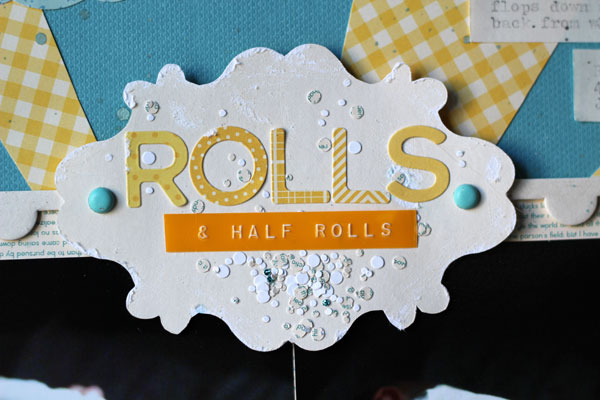 I used an old Foofala tag for the title, turning it over so the backside showed instead of the patterned front. I LOVE LOVE these October Afternoon letter stickers. So cute. I think most of these were from the Schoolroom Alpha set. 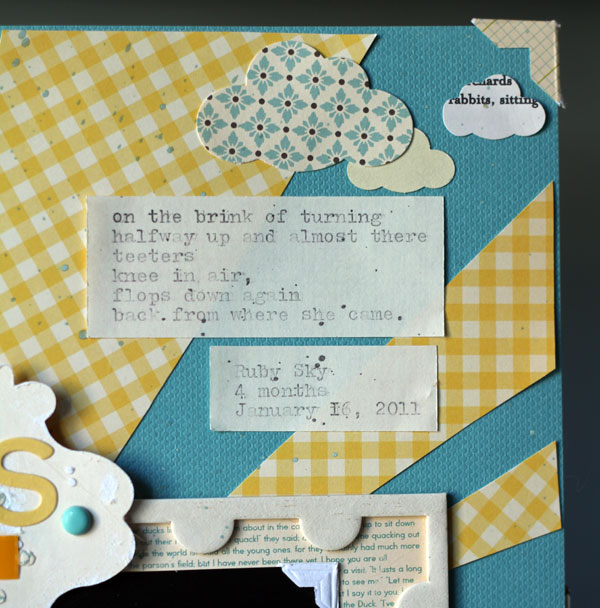 I typed the journalling on my vintage typewriter. I had a bunch of cloud punches from October Afternoon Farmhouse paper and a few other random pieces in a little cup on my desk, and they were perfect to sprinkle around the page. The photo corners are punched from Rock Candy paper from the 5&Dime 8*8 pad. 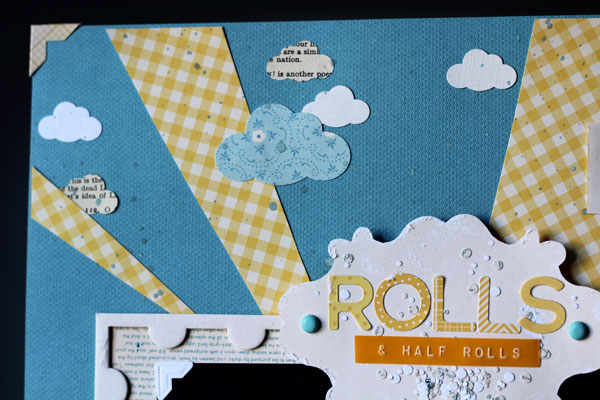 So precious! I love the sun rays and the clouds and the precious photos. I love that sketches give you a starting point but that you can take your page in an entirely different direction. Love how this turned out.

Adorable! I love the patterned papers you've used and the cute sun rays and clouds :)