around here: journalling catch up

And lately, I've been really bad at letting layouts go to the "half finished" pile, which is a pile that shouldn't even really exist to start with. So, I took yesterday's nap time for the littlest girls as a time to grab a cup of coffee, sit down at my lovely turquoise typewriter, and just write.

And re-write, just a little bit.

I mostly went with a "first thoughts" approach... I just typed out what I wanted to say and I didn't worry if it sounded stupid or if it could have sounded prettier. 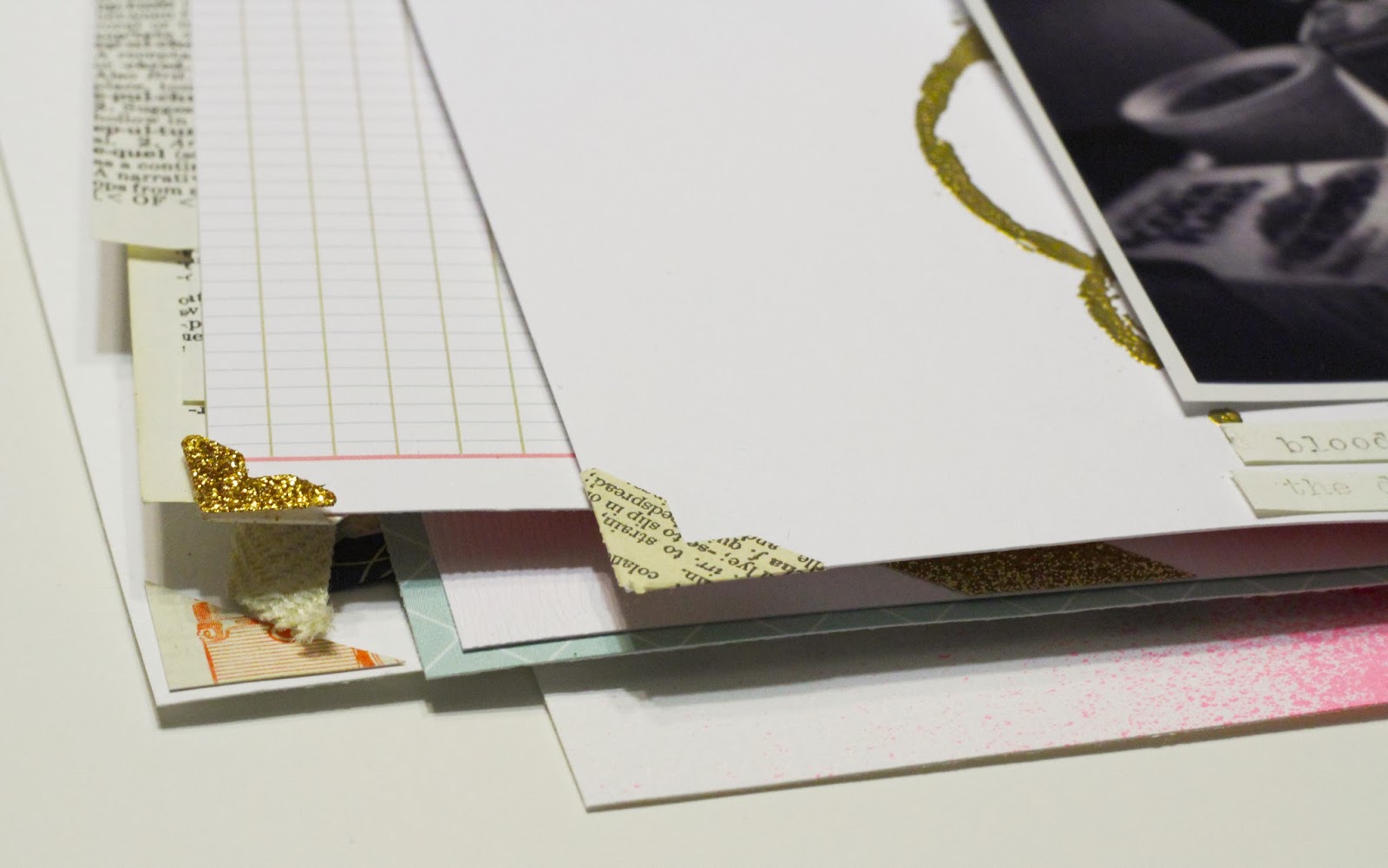 And now I have a stack of layouts that can go in the "finished" pile, where they belong.
(Later, maybe we'll talk about how I don't actually put my pages into albums and instead leave them in piles... where they belong, but really shouldn't be kept...)

Tell me! Are you a journaller? A journalling-delayer? Do you get it down and get it done?
Email ThisBlogThis!Share to TwitterShare to FacebookShare to Pinterest
Labels: around here this week

Uh, I hate words! They just don't flow out of me easily. I look at some of your layouts with poems on and think 'I wish I could be like that'. I'm halfway though a writing/journalling course as I thought it might improve my journalling... but I've been halfway through for ages...

I have to have journalling on my pages: even if there's only a little on the front, I'll write the whole story on the back of them. i just can't understand those beautiful LOs you see online with no journaling: I guess those people just enjoy the crafting but a part of me feels so sad that the opportunity to get the accompanying story down on paper has been lost.

I think this is why I love the PL type scrapping so much: it allows me to journal our 'every day' in the moment, so the journalling ends up being the most important part of the process/finished spreads.