Today: three ways to use your Clover and Luck digital cut file set, from my give-away on InterNational Scrapbooking Day. If you missed out, don't worry -- you can sign up now and there will be new free digital cut files going out soon. :) 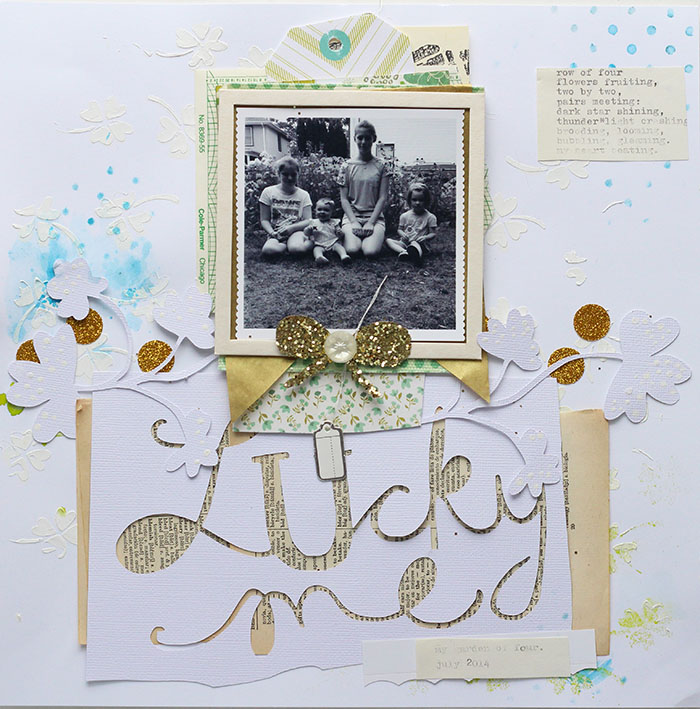 Create a bold die cut title with layering.
Cut a phrase out of plain cardstock, and use the leftover solid portion for a stencil-like effect. I used the Lucky me handwritten phrase and saved the cut out words for another project. I layered some old book pages under the stencil. I kept everything around the title tone-on-tone, so it wouldn't compete with the photo and layering above. 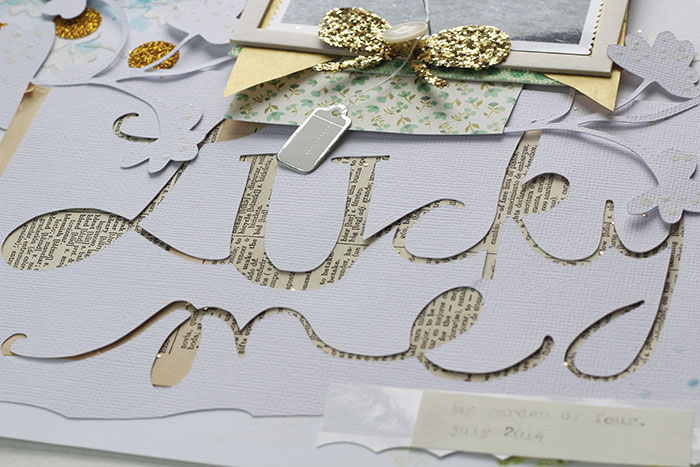 Use die cut leaves to make a fun border.
Layer die cut leaves under the photo. I used the clover cluster from my Clover and Luck cut file set and cut out two pieces (after removing the inner portion of each clover to create solid, filled-in leaf shapes). By layering the two shorter pieces under the photo, it creates a continuous line to support the photo.. and gives the illusion the leaf border is actually one piece. 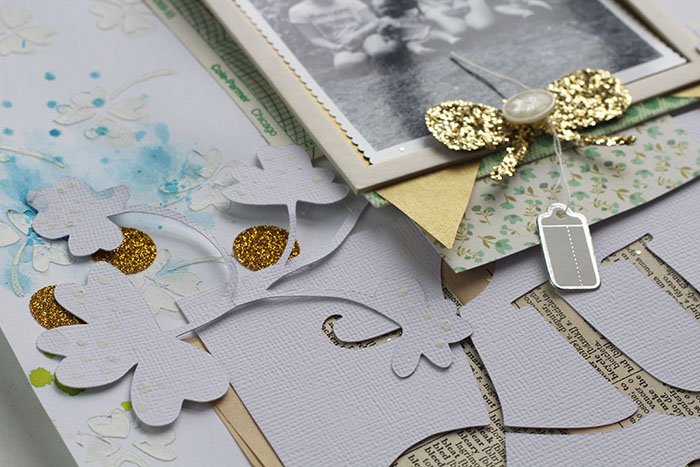 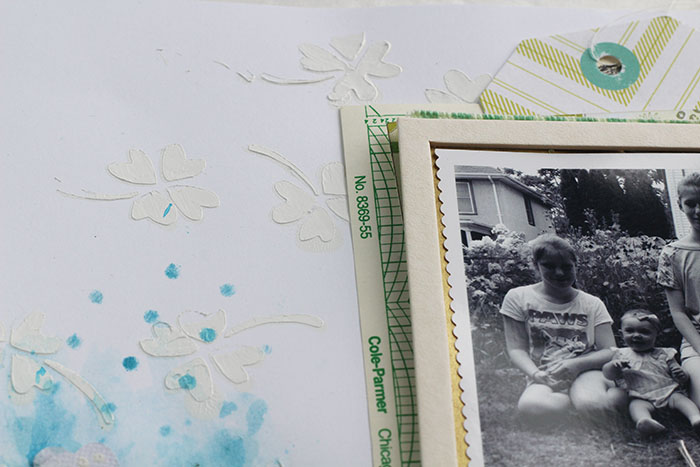 Here's a close up of the layering under the photo. Combine several different types of layerables to create a rich stack under your focal photo to really draw attention! Here I used gold tissue paper, floral patterned paper, a chipboard frame, and a fabric frame. I embellished the bottom of the photo with a Things That Shine gold glitter bow and a silver foil tag. 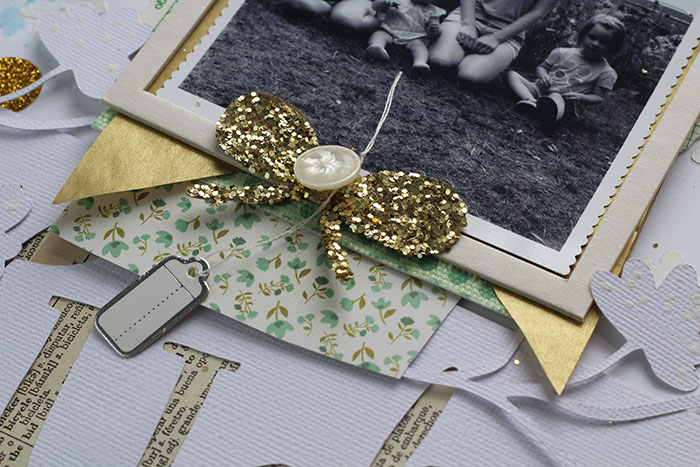 I love the look of the old book pages "shining" through

Great ideas and I especially love your title layered over a book page!

Amazing LO....love the book print popping through the die cut title.....(you always have such great ideas!)